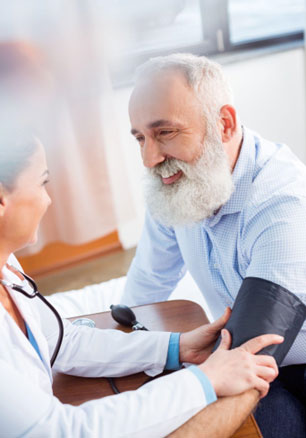 June is National Men’s Health Month and is a great time to remind the men in your life to schedule a doctor’s visit with their primary care doctor. For men, this is especially relevant given that almost 66% of all men reported that they put off going to the doctor, and 72% reported they would rather do household chores than go to the doctor.

Men are more likely to wait until they are in their 30s or 40s to start scheduling an annual primary care visit and more likely than women to wait over two years before scheduling a yearly checkup. Another whopping 40% of men only go to the doctor when an actual health issue arises and forgo preventive care altogether.

Why Do Men Avoid the Doctor? 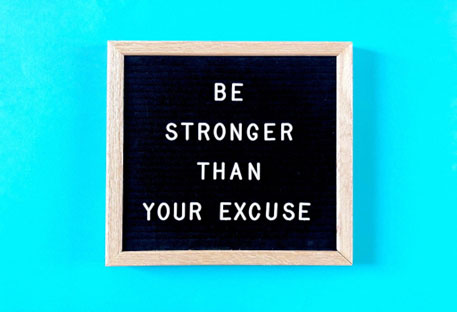 In a study of reasons why men don’t go to the doctor, an overwhelming majority said it is because they are too busy, but medical professionals and researchers say there is much more to their decision to skip the doctor than meets the eye. Harvard reports that men who have a “macho” attitude are more likely to skip the doctor or even seek help in the face of known danger. Paramedics interviewed reported having to call ER doctors and family members to convince male patients to go to the hospital during an active heart attack.

Men are likely to think they can tough it out and are afraid of being vulnerable, making them less likely to seek care or be honest with their healthcare providers. A Cleveland Clinic survey found that one in five men are not honest with their physicians due to discomfort or avoidance of sensitive topics, which brings an entire slew of new issues. Men are also more likely to choose a male doctor over a female when given a choice but less likely to be open about their symptoms with male doctors than females.

It turns out that even if men finally get to the doctor, treating them can be difficult when they are not willing to be truthful about symptoms, lifestyle, or diet.

Men have increased health risks in many cases that can be controlled better when diagnosed earlier, such as heart disease, liver disease, gout, diabetes, bladder cancer, duodenal ulcers, and emphysema. Most of these diseases are easier to manage when diagnosed early, and the disease progression can be significantly slowed down if the patient is compliant with treatment. However, since men put off going to the doctor, healthcare for men over the age of 65 usually costs the public health care system more.

Increased Risk of Dementia in Veterans 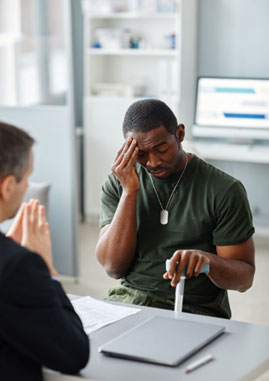 Another huge risk factor for men as they age is undiagnosed dementia, common among veterans who have PTSD (both diagnosed and undiagnosed). While women are more likely to develop Alzheimer’s or dementia, men are less likely to be treated for dementia which means the actual occurrence of dementia among aging seniors may be higher.

The U.S. Department of Veterans Affairs projects that there will be a 28.9% increase in the number of VA patients diagnosed with Alzheimer’s by the fiscal year of 2033. This is likely due to various factors such as military history, health, demographics, and lifestyle.

The veteran population is greatly diversified and has higher percentages of Latinos and African-Americans than the general population, and these races have a higher risk of dementia due to demographic, health, lifestyle, and military-related factors. However, more concerning is the higher prevalence of mental health disorders such as alcohol abuse, anxiety, and depression among veterans versus the general population. It’s important to highlight that over a quarter of all Veterans seen by Patient Aligned Care Teams have some form of mental disorder, including depression, anxiety, and drug or alcohol abuse.

Risk of Dementia Caused By PTSD

PTSD, in particular, is alarming within the veteran population as a large portion of the veteran population is predisposed to the development of PTSD due to traumatic brain injuries or mild brain injuries that occur during deployment, which are also underdiagnosed. Even a mild TBI increases the risk of dementia and the likelihood of a PTSD diagnosis.

In addition, NCBI studies found that veterans diagnosed with PTSD had a two-fold increase in developing dementia than those not diagnosed with the condition. The study was then adjusted to allow for medical and demographic discrepancies, and the heightened risk remained the same. Regular medical care for aging veterans is thus even more critical, even if veterans and men, in particular, are resistant to healthcare.

Ways To Encourage Men To Seek Medical Help or Advice

Forcing someone to do something they don’t want to do is not an easy task, but it’s worth the effort for their health. Here are four ways to help men get control over their health: 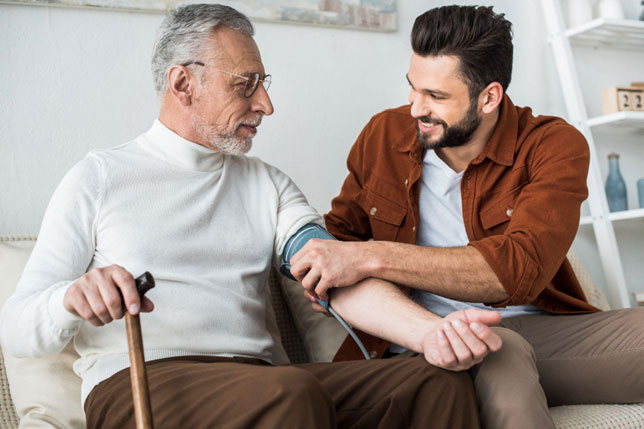 Take advantage of Men’s Health month to encourage the men in your life to go for medical or wellness checkups. If they discover they are relatively healthy, it will help to calm their nerves about future medical visits. If there is a medical issue, they will be grateful that someone cared about them enough to seek treatment before it’s too late. If you know a veteran who may be struggling with medical issues or mental health wellness, check out these resources from Veteran Affairs. Should you have any questions about men’s health or want us to lend an ear, we are always here to help. Contact us today. 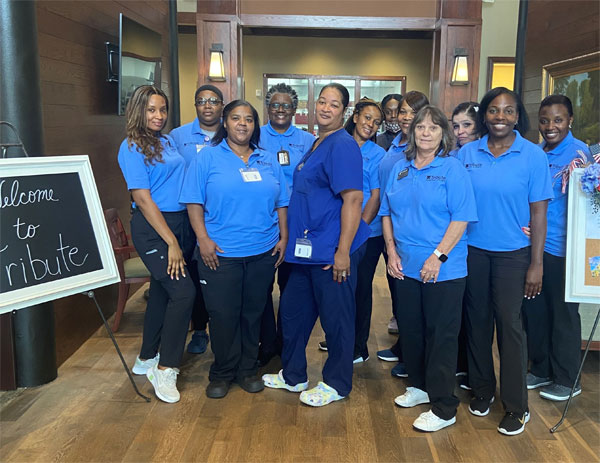 Nursing Assistants Week Is Here, and We Can’t Thank Our CNAs Enough for Their Care of Our Residents! 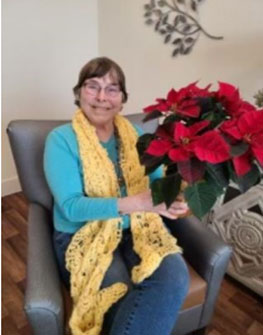